In the Burt Chernow Galleries 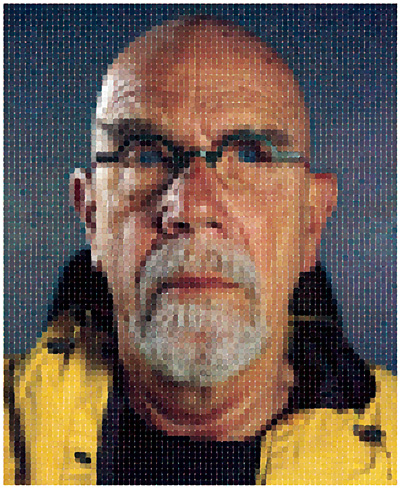 The Housatonic Museum of Art presents Chuck Close and his Turnaround Arts Kids that will be on view in the Burt Chernow Galleries, 900 Lafayette Blvd., Bridgeport, CT., from November 7 through December 15, 2013 with a reception on November 7th from 7:30 – 8:30 pm. The Burt Chernow Galleries are free and open seven days a week. Visit the website, www.HousatonicMuseum.org for gallery hours.

The exhibit will feature five (5) large-scale archival watercolor pigment prints provided by the artist in association with Magnolia Editions, Oakland, courtesy Pace Gallery. Chuck Close’s monumental portraits explore the intersection of photography and painting, providing an arresting experience. To create his photo-based work, Close places a grid on the photo and on the canvas, and working systematically, in incrimental units, he builds his images by applying small strokes of paint in multiple colors. When viewed from afar, each cell is perceived as an average hue creating a unified image, albeit in near abstraction when viewed from a close distance. The prints emphasize the cell structure underlying the image which blurs into soft focus, affording an altered spin on the traditional genre of portraiture.

Manhattan-based visual artist Chuck Close recently mentored 600+ students from kindergarten through the eighth grades at Bridgeport's Roosevelt School, one of eight schools in the nation to participate in President Barack Obama’s Turnaround Arts initiative which aims to improve low-performing schools by increasing student "engagement" through the arts. The public-private partnership was developed in cooperation with the U.S. Department of Education and the White House Domestic Policy Council. Close was one of the eight high-profile creative talents who volunteered for the program, working closely with the selected school students, faculty and surrounding communities.

Turnaround Arts tests the hypothesis that high-quality and integrated arts education can be an effective tool to strengthen school reform efforts-boosting academic achievement and increasing student motivation in schools facing some of the toughest educational challenges in the country. Follow up studies confirm the value of an arts rich education, especially for low socio-economic status students, in academic achievement, completion of high school and college, and becoming contributing members of their community. Yet recent Department of Education Surveys indicate that students from low income areas are being disproportionately short-changed on arts education opportunities in their schools. Every child deserves a chance to feel special and to excel in something, especially when they are not performing well in other areas, (i.e. reading, writing and arithmetic).

Charles Thomas "Chuck" Close was born in 1940 in Monroe, Washington. He received his B.A. from the University of Washington, a coveted scholarship to the Yale Summer School of Music and Art, and his BFA and MFA from Yale in 1964. Close achieved early fame as a painter through his large-scale painted portraits, mostly of family and artist friends. Throughout his career, Chuck Close has expanded his artistic contribution to portraiture through the mastery of varied drawing, painting, printmaking, handmade paper collage, photography and Jacquard tapestries. Although a catastrophic spinal artery collapse in 1988 left him severely paralyzed and he relies on a wheelchair, Close has continued to work with a brush strapped to his wrist. His work has since been the subject of more than 150 solo exhibitions including a number of major museum retrospectives. Close's work is in the collections of most of the great international museums of contemporary art, including the Centre Georges Pompidou in Paris, the Tate Modern in London, the Walker Art Center, Minneapolis and the Museum of Modern Art, New York. He is represented by Pace Gallery and Pace/MacGill Gallery, New York, White Cube, London and Blum & Poe, Los Angeles.

For further information contact Robbin Zella, Director of the Housatonic Museum of Art at or (203) 332-5052.

This exhibit has been funded in part by 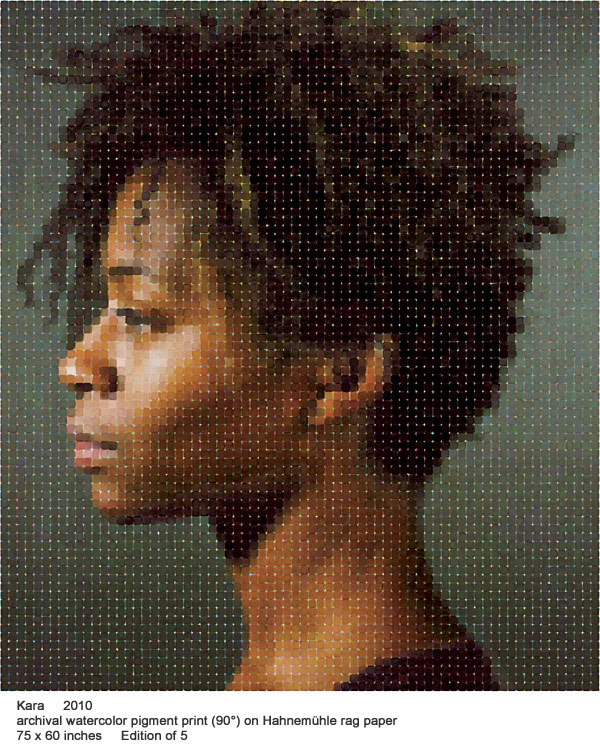 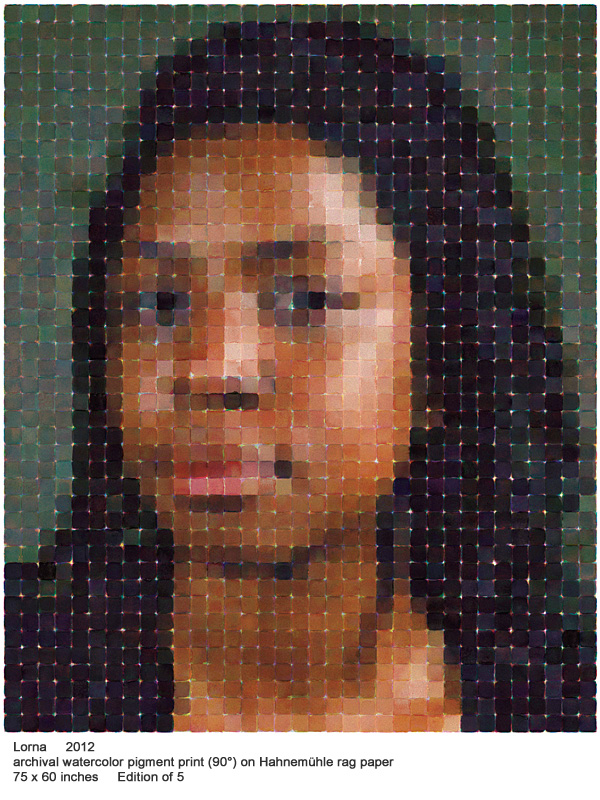