Please join us for the opening reception June 15, 5:30-8:00PM in the Burt Chernow Galleries 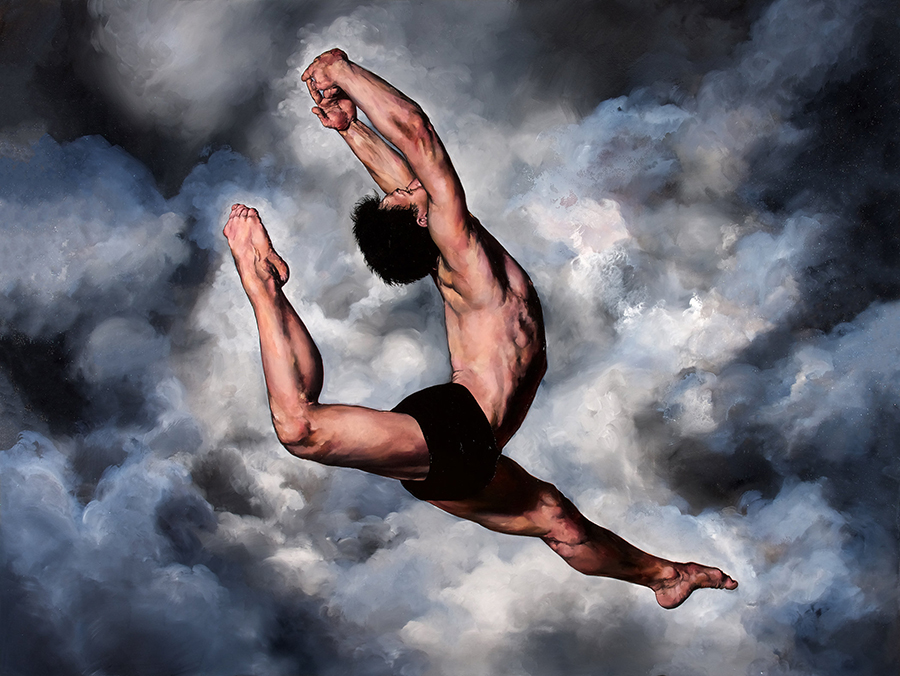 Wolfgang's life-size oil paintings will feature two complete series: NICK.E.LO.DE.ON (above) celebrates the wonders of the human form and expression, and is exhibited in its entirety for the first time. TWISTED, a series of nudes that explore society's fascination with cosmetic surgery as well as its effects on both the mind and the body.

Painter Sherri Wolfgang is known for her figurative works which utilize Renaissance painting traditions in combination with painting techniques developed by the Dutch Masters.

Historically, Wolfgang portrayed her nude figures as examinations of the various female archetypes found in visual culture, with a caricatured sexuality and affected emotions. She applies different subject matter and genres that she has passionately embraced, such as anatomy and figure drawing, Expressionism, and portraiture with the interplay of light, color, and texture.

All of her recent work has been done with a wide variety of media, including charcoal, Conte’ crayon, graphite, oil and resins on canvas, paper, and wood. This series includes portraits of a male dancer using 16th Century Mannerist aesthetics, while her upcoming series will combine Renaissance sensibilities with contemporary cultural figures.