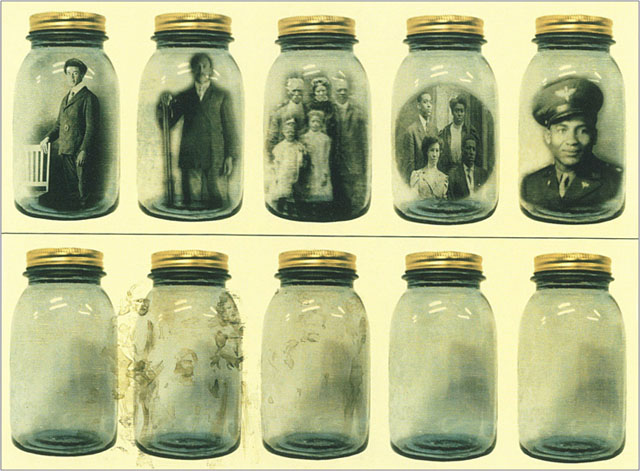 Bridgeport, CT: The Housatonic Museum of Art is pleased to announce Reimagining the Distaff Toolkit, an exhibition that explores household tools as metaphor for the social and cultural histories of women embedded in them. Reimagining the Distaff Toolkit will be on view in the Burt Chernow Galleries at the Housatonic Museum of Art through September 6 through October 26, 2012.

Rickie Solinger, an award-winning author, historian and curator, reexamines women’s history by positioning tools used in a domestic setting as the “fulcrum for a contemporary work of art.” She says, “The artists in this exhibit place these old tools at the center of their own work: washboard, a dressmaker’s dummy, graters, doilies, an advice book, cooking pans, a basket, a garden hoe, dress patterns, a rolling pin, buckets, darning eggs, a work glove, a needle threader, rug beaters, ironing boards, mason jars and a telephone.” 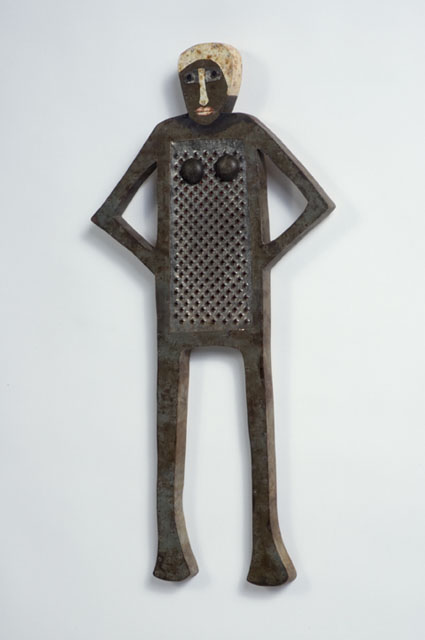 The term “distaff” itself refers not only to the tool attached to a spinning wheel to hold unspun fibers, but over time, came to refer to women generally. Solinger points out, “Many of these old tools facilitated….repetitive labor and evoke the various cultural histories of women’s unpaid, often diminished and disrespected status within the household and society. But in the 21st century, at a moment when ‘old tools’ have become aestheticized and expensive, we can look again and see their costly beauty.” 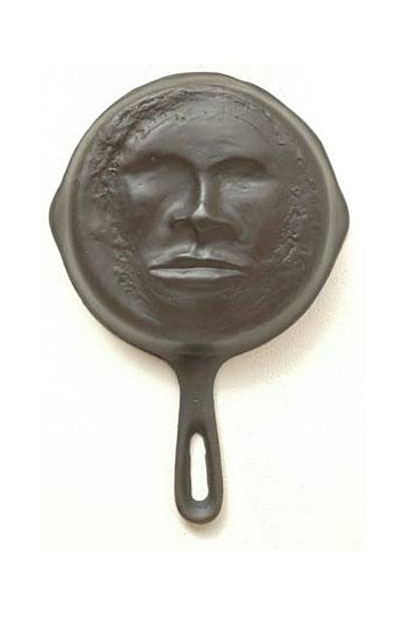 Rickie Solinger is an independent scholar, curator and author. She received the Prelinger Award from The Coordinating Council of Women in History for her book entitled Beggars and Choosers: How the Politics of Choice Shapes Abortion, Adoption and Welfare in the United States. Solinger is the author of Wake Up Little Susie: Single Pregnancy and Race Before Roe V. Wade (Routledge, 1992) which won the first Lerner-Scott Award given by the Organization of American Historians. She is also the author of The Abortionist: A Woman Against the Law (The Free Press, 1994) and the editor of Abortion Wars: Fifty Years of Struggle, 1950-2000 (University of California Press, 1998). Solinger's scholarly articles include: "Dependency and Choice: The Two Faces of Eve," Social Justice 25 (Spring, 1998); "Poisonous Choice" in Bad Mothers (1998), edited by Molly Ladd-Taylor and Lauri Umansky; "'A Complete Disaster': Abortion and the Politics of Hospital Abortion Boards, 1950-1970," Feminist Studies 19 (Summer, 1993); and "Race and 'Value': Black and White Illegitimate Babies in the U. S., 1945-1965," Gender and History 4 (Autumn, 1992). In addition, Ms. Solinger has also organized art installations and traveling exhibitions that focus on women’s issues and history.

Rickie Solinger regularly writes book reviews for scholarly and popular publications and reviews manuscripts for university presses. She is a founding member of Women United for Justice, Community, and Family, a Boulder, Colorado-based cross-class coalition of women committed to welfare justice. She has served on the Boulder County Welfare Review Committee and frequently speaks and writes in the community and elsewhere on matters of poverty, welfare, and economic justice.

Gallery Hours are: Monday through Friday from 8:30am until 5:30pm;
Thursday until 7pm; Saturday from 9am until 3pm;
Sunday from Noon until 4pm.
For additional information and/or direction please visit our website www.HousatonicMuseum.org