Larry Silver: Then and Now at the Housatonic Museum of Art 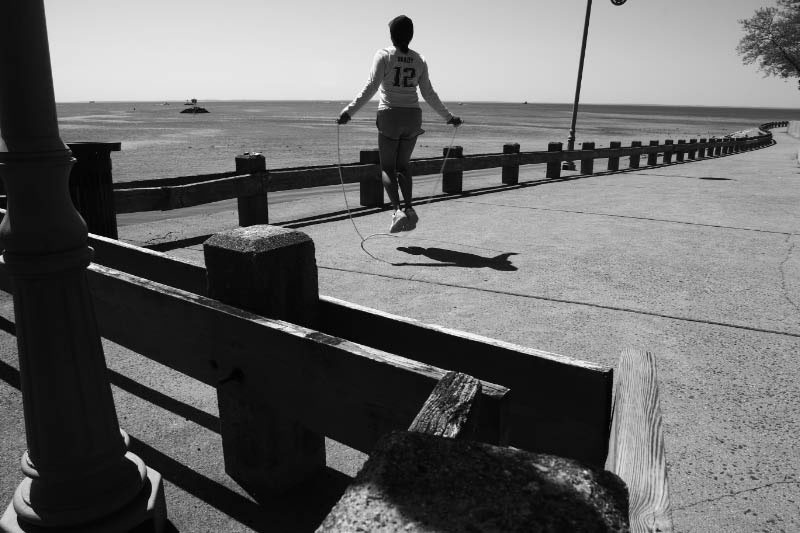 Bridgeport, CT - The Housatonic Museum of Art presents Larry Silver: Then and Now, a photographic installation comprised of three distinct bodies of work, Sherwood Island State Park, 1975-2015; Darkroom Abstractions, 2005-2010 and St. Mary’s by the Sea, 2014-2015. This exhibit will be on view in the Burt Chernow Galleries, 900 Lafayette Blvd., Bridgeport, CT, from October 22 through December 17, 2015 with a reception on Thursday, October 22 from 5:30-7:00 pm. The Burt Chernow Galleries are free and open to the public. Please visit the website, www.HousatonicMuseum.org for gallery hours.

Following in the tradition of street photography, Weegee, W.Eugene Smith and Henri Cartier Bresson, Larry Silver (b. 1934) began documenting moments of everyday life on the streets and subways of New York City in 1949 at the age of 15. While studying photography at the High School of Industrial Art (1949-53), he soon came under the influence of New York’s Photo League, a group of photographers who combined personal expression and social activism to expose the political and social issues of the day. While still in high school, Silver was awarded a scholarship to attend the Art Center School in Los Angeles (1954-56) and soon began photographing the local weightlifters, body builders, and acrobats who flocked to the Santa Monica Beach. This celebrated series, Muscle Beach (1954), was the subject of a solo exhibition at the International Center of Photography in 1985, and again in 1999 at the Los Angeles County Museum of Art.

Walkway, St. Mary’s by the Sea, Bridgeport, CT 2014
In 1973, Silver relocated to Westport, Connecticut and began what has become a life-long project of documenting the town of Westport and Fairfield County. In 1975, he started photographing the changing seasons, people, and daily activities in his on-going series Sherwood Island State Park, 1975-2015 and in 2014, he found a new location to photograph, St Mary’s by the Sea, 2014-2015, a popular beach and park in the Black Rock section of Bridgeport. The images in St. Mary’s by the Sea is the first time he has used digital photography exclusively in a complete series. In 2005, Silver began experimenting with light, brushes, and acids to create his series, Darkroom Abstractions, 2005-2010. Each panel is created by hand and every image is unique. He begins the process by projecting an image onto photographic paper and essentially, creates the work by painting with “light.” Silver, like Jackson Pollock, records his own actions and movements as he travels 360 degrees around the photographic “canvas.” Using penlights and flashlights, he exposes the paper to light at different intervals of the printing process, while applying photographic chemicals to the paper with such tools as brushes, saltshakers, hoses, dyes and stains. Rather than documenting moments from everyday life, the Darkroom series catches the play of light and records the hand of the artist. Through the use of gestural lines and distinctive coloration, Silver's unique compositions relate most readily to abstract expressionist works or experimental imagery from the Bauhaus, rather than a document of real space and time.
Man Barbecuing Next to Umbrella, Sherwood Island State Park, CT 2014
Whether he is photographing babies and dogs, storefronts and steps, weightlifters and gymnasts, joggers, and trees, water or light itself, Silver’s photographs express the energy and personality, not only of the location, individual or process, but of himself as well. Intensely curious and engaged, Silver brings the singular characteristics of what has become familiar, and often overlooked, to our attention again, and this is what makes his work so powerful. By documenting external reality, accurate and unbiased, he permits us to observe a wide range of human activity and behaviors that shape our society.

Larry Silver’s work is included in over 25 museum collections including the Metropolitan Museum of Art, Whitney Museum of American Art, Brooklyn Museum, Boston Museum of Fine Arts, International Center of Photography, Yale University Art Gallery, George Eastman House and the New York Historical Society, which is planning a future exhibition of his early New York images. His work is included in the publication "This Was the Photo League," and was featured in the traveling exhibition The Radical Camera: New York's Photo League, 1936-1951, in October, 2011, at the Jewish Museum, New York, ###